This #GivingTuesday checklist will guide you through planning a successful #GivingTuesday campaign. It will take 15–30 hours of staff time for your organization to prepare well — and following this plan will help you effectively use that time and make it well worth the investment. 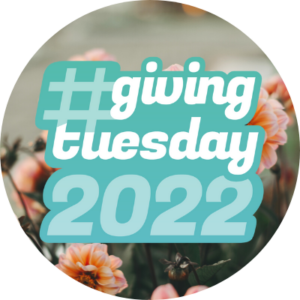 Templates, tips, images, explanations and more can be found in the Nonprofit Toolkit on the #GivingTuesday site. Check it often, it is your friend!

The #GivingTuesday Checklist for Success

____ Select a staff member or volunteer as point person, who has strong leadership and organizational skills, and can commit to the entire campaign timeline and process.

____ Establish success metrics that include more than winning a prize. For example, treat the giving day as a capacity-building exercise; use it to highlight a program, or to cultivate new donors. Develop and build a communication plan around clear goals.

____ If you are not currently using social media as a marketing tool, start now! Social media enables you to reach and engage with people across channels and starts the peer-to-peer word of mouth campaign. In addition, Facebook is one of the top traffic sources to online giving days. We have provided a guide to Twitter and Facebook help you get started in the nonprofit toolkit.

____ Register to attend an upcoming training event that will walk you through creating, sharing, and utilizing your page.

____ Once approval of your registration is received, log-in to your account and navigate to your organization’s profile on the right side of the website’s header.

As Early As Possible

____ Approach corporations, local businesses, board members, and major donors who are strong supporters of your organization to provide a matching grant incentive.

____ Personally ask top donors to commit to giving on #GivingTuesday Your donors might be used to giving at a particular time of year, so you’ll want them to put the day on their calendar now and be ready to give. Explain why giving on November 29, 2022, matters and how their donation specifically on that date can make an exponential impact.

____ Decide on fundraising goals (dollars, number of donors, and what that means for your organization) and communicate it.

____ Promote the event on social media, your newsletter, emails, and on your website. Be clear that #GivingTuesday is on Tuesday, November 29th. Donors can start donating on two weeks prior, November 15th. Update your e-mail signature to include a “coming soon” announcement with #GivingTuesday’s date.

____ Start telling engaging stories on your nonprofit’s blog and social media. Interview volunteers and beneficiaries of the work of your nonprofit. Post the videos on your Mightycause page and nonprofit’s blog. Giving is an emotional activity and stories help people engage and see how they can play a part in making a difference.

____ Consider hosting and begin to plan an offline event during #GivingTuesday. This can be a simple open-house at your office or meetup at a local coffee shop or restaurant. Print out half sheets with a QR code to your nonprofit’s page so people can give in person on their smart phone at your event.

____ Update your Facebook status with a link to your #GivingTuesday page. Donors can begin donating on November 15th.

____ Encourage your staff and volunteers to do one-on-one outreach to their friends and networks. Word-of-mouth is crucial — most people donate because they are asked by a friend or family.

____ Set up your matching grant on Mightycause, and publicize it in your communications.

____ Consider doing a countdown on Facebook and Twitter by posting a new image in your status update each morning.

____ Prepare communication pieces you plan to send during the giving day. Leave open spots for real-time information, but creating a template ahead of time will give you more time to think and be clear about what you are saying in the midst of a busy day.

____ Send out email reminders to supporters and ask them to spread the word throughout their circles of influence.

____ Confirm volunteers for day of activities.

____ Post 2–3 times a day on your social media channels. Don’t just ask for money, but stir up excitement by pointing out what makes your community so great and worth investing in on #GivingTuesday.

____ Continue posting stories on your social media accounts, blog and Mightycause page. Help people understand the unique way your nonprofit is equipped to serve the community. Show them how you make a difference in their neighborhood and how their donation enables you to do even more.

____ Send 3 e-mails throughout the day to supporters. Include specific actions of what they can do, (ex: donate, like your nonprofit page on Facebook, tell 5 friends to donate, tweet a link to our nonprofit page, etc).

____ Announce your successes on social media, your website, and email. Be sure to include information about:

____ Send thank you e-mails to donors 1–2 days after the even to tell them how their donation was put to good work and made a difference. Don’t forget to provide updates about your nonprofit and make it easy for them to stay in touch.

____ Add all donors to your database, invite them to cultivation events and/or one-on-one meeting.

____ Fill out survey on the #GivingTuesday post-event site and tell us about your experience and success during the event.

____ Make sure to share final numbers in newsletter and other communications.

Need help planning for #GivingTuesday? We’ve got you! Contact our team our team here.