Mightycause has been around since 2006. When our platform started, crowdfunding was a new concept online. There were only a few platforms you could use at that point. But over a decade later? The crowdfunding space has gotten a little, well, crowded. Thousands of new fundraisers are published every day … on each platform. The challenge of crowdfunding used to be getting people to understand the concept of crowdfunding. Now, the major challenge is just standing out. One easy trick to make your campaign rise above the crowd? Add a fundraising video. 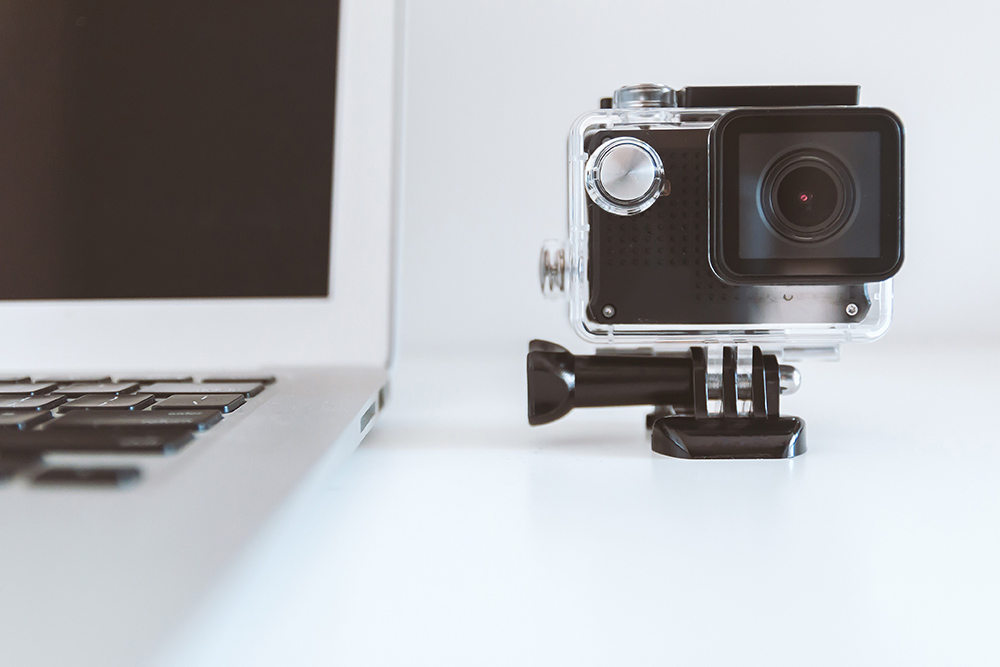 The Power of a Fundraising Video

Whether you’re running a personal cause fundraiser or fundraising for a nonprofit, a video can be a game-changer. It all has to do with the reasons behind why and how people give. And how people navigate webpages and digest information.

One thing that’s consistent across all crowdfunding platforms and charitable giving in general is that people choose to donate with their hearts, not their heads. You can lay out a convincing, well-written case for making a donation to your cause, follow all the fundraising tips we give you, and still struggle to bring in donations. Why? The secret to a successful fundraiser is something you can’t easily bottle: creating an emotional connection. People donate because they are moved.

Video is great at creating that connection. It’s instant, and ticks so many boxes necessary to build that connection. You can hear people speak, see their faces. This is incredibly important to triggering the parts of people’s brains that make them feel empathy. And triggering empathy is, ultimately, one of the surest ways to drive donations.

People in general have pretty short attention spans. On the internet, it’s worse. We’re basically goldfish. Most people will spend less than 15 seconds on a website. So, you have to work to grab their limited attention before they bounce.

We love a well-written, skillfully told story on Mightycause. But the fact is that to keep people on your fundraiser page, you’ll need to add some other elements, like a striking image or a video. That’s because visitors usually just quickly scan text, but will take more time to watch a video. The more things you have to interact with on your page, the better the odds of you keeping visitors on your page long enough to connect … and then donate.

We all had a teacher in school who told us, “Don’t tell me, show me.” That teacher was most likely talking about creative writing, but it’s good advice for fundraising too. Why tell us about your campaign when you can show us? Fundraisers on Mightycause give you the ability to add a cover video, which is one of the first things people will see on your page. Video gives you the opportunity to talk directly to potential donors, tell your story, and show them why it’s important to donate to your cause. And, as a bonus, you can add things like music that will help you tell an even more compelling story.

Case in Point: Dollars for Dirt

Performing Animal Welfare Society (PAWS) is a nonprofit working to care for abused, neglected and retired exotic animals. They also advocate on behalf of captive wildlife. They care for 19 elephants at their sanctuary. Most of them came from zoos, circuses (such as Ringling Brothers) and private owners. Caring for elephants is no small task, and they recently started a campaign to raise money for dirt.

“Wait, what? Fundraising for dirt?!”

Yes, they’re fundraising for dirt! You see, their elephants love dirt. “PAWS spends thousands of dollars on dirt each year,” PAWS wrote in their story. “Every month we bring in truckloads of a special loamy mix of sand and soil from the San Joaquin Valley for the eight elephants living at our ARK 2000 natural habitat sanctuary in Northern California.” Why is this important? Simply put, it makes these pachyderms very happy. “They dust with it. They roll in it. They play in it. They sleep on it,” PAWS wrote.

PAWS made it even easier to understand why this dirt is so important by using a video of one of their elephants, Gypsy, gleefully rolling around in the dirt.

Why their Fundraising Video Works

Their video also helps build an emotional connection with the person viewing it. In the U.S., we don’t often see elephants, and we certainly don’t see them in the wild. And we definitely haven’t seen elephants adorably rolling around in a dirt pile like a cat in catnip! It’s incredible to watch, and triggers empathy. Which is helpful for the fundraiser … and also helpful for PAWS’ mission of advocating for animals like Gypsy.

How to Create Your Fundraising Video

If you can crowdfund, you can create a video. Here’s how you can get started.

Use What You Have

So, one important thing to know is that you don’t need a professional-quality camera to make an awesome fundraising video. Most of us already have a powerful video camera right in our pockets and purses: a smartphone. That’s all you need. (The PAWS video is clearly not professionally-shot footage, and the odds of a professional camera crew being able to capture that joyful moment of Gypsy in the dirt are slim!)

Nonprofits often have great videos just waiting on their staffs’ phones. Make use of them! You can also shoot a perfectly good video with your smartphone if there’s something specific you want to capture. Need an interview or want to talk directly to the camera? No problem, film it in natural light in a quiet spot with your smartphone. You don’t need fancy, expensive lights or microphones to make a great video!

Use a Free Video Editor

The internet has democratized so many things, including video editing. YouTube has a free editor you can use to add text, effects, or just trim your video. You can also splice together videos with still photos, and make use of their music library. Free online movie makers like Kizoa and WeVideo can also help you splice together a slick video at no cost.

And you can also download any number of free apps in the iTunes or Google Play Stores that will help you create a slick, social media-friendly fundraising video right on your phone.

GET STARTED ON MIGHTYCAUSE