Park City’s Annual Day of Giving is a big success

Since its creation in 2011, Live PC Give PC has become a staple of philanthropy in the Park City, Utah community. 2018’s annual day of giving was no different, raising nearly $2.5 million from over 4,700 donors for over 100 local nonprofits.

Thank you for living PC and giving PC! from Park City Community Foundation on Vimeo.

About Live PC Give PC

Every November, the Park City Community Foundation brings together the entire community to focus on giving back to the local causes that make Park City special. From causes that focus on protecting the environment and keeping the community active through sports and recreation, to providing critical programs like education and human services, the best of Park City is represented through the over 100 participating causes. As a town with a large number of part-time residents, this day of giving manages to engage all those individuals that have come to know and love Park City. Beyond donors and nonprofits, Live PC Give PC gets the local business community involved in giving back, from presenting event sponsors including Vail Resorts Epic Promise and Park City Mountain, to local business providing matching funds to participating nonprofits.

2018 Day of Giving Growth and Results

In the eighth year of their annual day of giving, you might expect the giving to stagnate or at least hold steady, but Live PC Give PC 2018 has proven that there is still more giving to tap into. From modest results of $330,000 from the first giving day back in 2011, every single year has seen exciting growth in giving levels.

In 2018, Live PC Give PC raised $2,421,886, a nearly 20% growth in total dollars raised over 2017’s impressive giving day total that cracked $2 million for the first time. The giving event also saw impressive growth in the number of unique donors making a contribution, up 16% from 2017 to 4,790 generous individuals. One of the more telling stats is that those 4,790 donors made over 11,600 donations, meaning the average donor gave to more than one cause during the event. This reflects the work the giving day has done to really engage the local community to use Live PC Give PC as a channel to support the community at large, rather than just a campaign that joins together individual nonprofit’s effort to engage their donor base.

The over 100 participating nonprofits are a huge part of the success of the giving event, and over the years these organizations have stepped up their fundraising game. While some nonprofits like the Mountain Trails Foundation stand out with nearly 900 unique donors to their own day of giving campaign, it’s notable that every participating nonprofit raised funds from the campaign. So many nonprofits put together impressive outreach campaigns, and built dynamic fundraising pages using the Mightycause platform, like: Nuzzles and Co, Eats Park City, and Park City Ski & Snowboard, just to name a few. All told, the average amount raised by a participating nonprofit was over $10,000, and this doesn’t including additional funds like matching grants, prizes from the Community Foundation or offline contributions they received directly. 62 of the participating nonprofits enhanced their campaign with a matching grant they secured from their own contacts and supporters, leading to $571,000 raised from matching grants alone during the campaign. 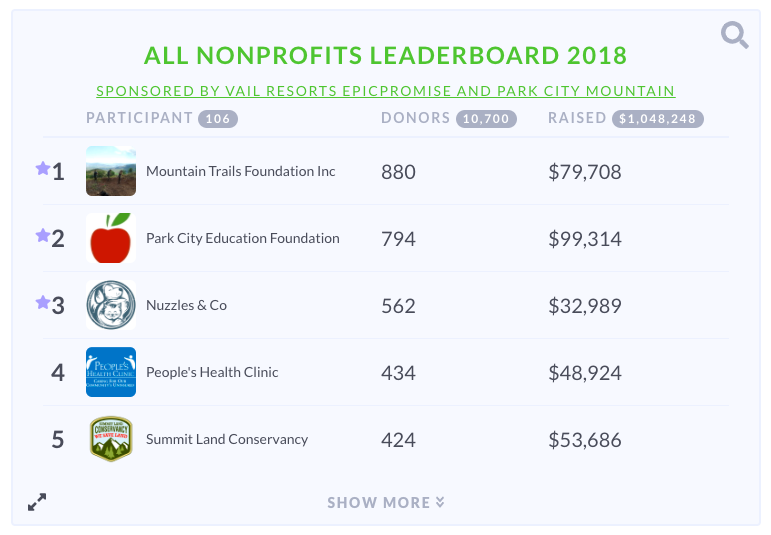 Prizes and friendly competition are always a key part of making these events exciting and Live PC Give PC is no different. From leaderboards for all nonprofits to track their progress throughout the day of giving, to those that are specifically highlighting issue areas, there is plenty of excitement to follow along on the Live PC Give PC event site throughout the day. 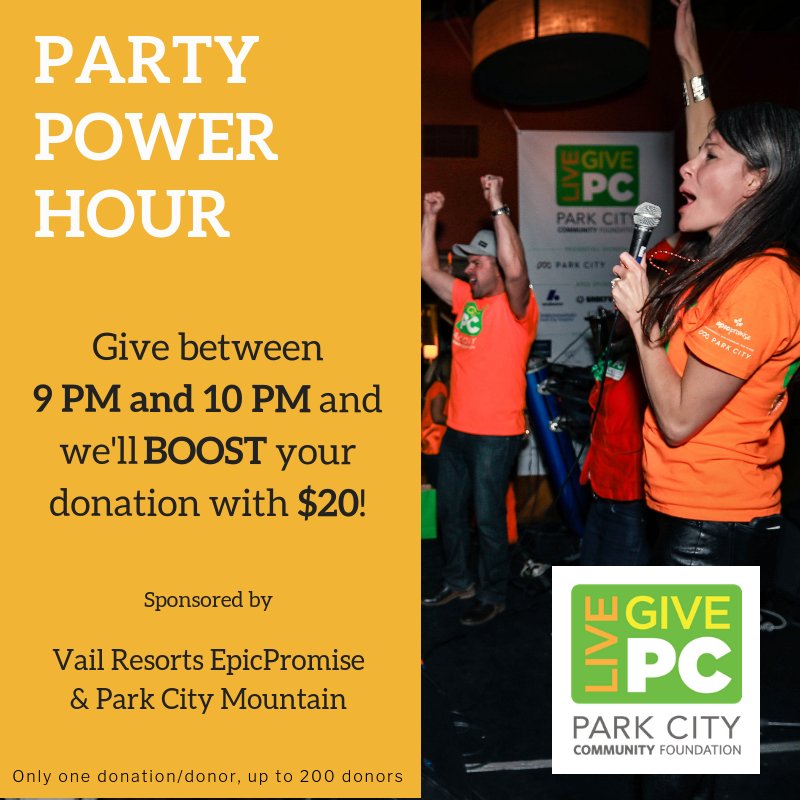 Along with leaderboard prizes, the Community Foundation also announced surprise Power Hours throughout the giving day, where they match the first $20 of the next 200 donors that make a gift through the site. These prizes make sure they keep the giving excitement going all 24 hours, and they keep both nonprofits and donors tuned to their social media accounts during the day where these surprise incentives are announced.

“Mightycause has powered the success of our giving day since 2011. Each year, the system gets easier to use and more effective at encouraging giving. In 2018, with Mightycause’s help, we were able to increase overall giving by 19% to $2.4 million, while also increasing the number of donors by 16%. These results provide critical financial support – and a growing cadre of supporters – for the 100+ participating nonprofits who make Park City a great place to live, work, and play.”

Each year since its founding of the Live PC Give PC day of giving, the Park City Community Foundation has worked with the Mightycause Giving Day platform to support their event. Mightycause has been proud to serve as the technology partner, providing customer support and additional nonprofit trainings to supplement the efforts of the Community Foundation. We’ve also had the great opportunity to learn from our host partner and their participating nonprofits, to continually improve the platform. From developing new features to make the giving event management process self-serve, to adding new tools that make nonprofit fundraising easier and more effective, these are just some of the advancements that are moving the Giving Event experience forward.