First, take a deep breath. Relax. You’ve got this. And below, we’re going to present two different options for making the transition from #GivingTuesday to year-end fundraising feel seamless and easy for both your donors and your organization. 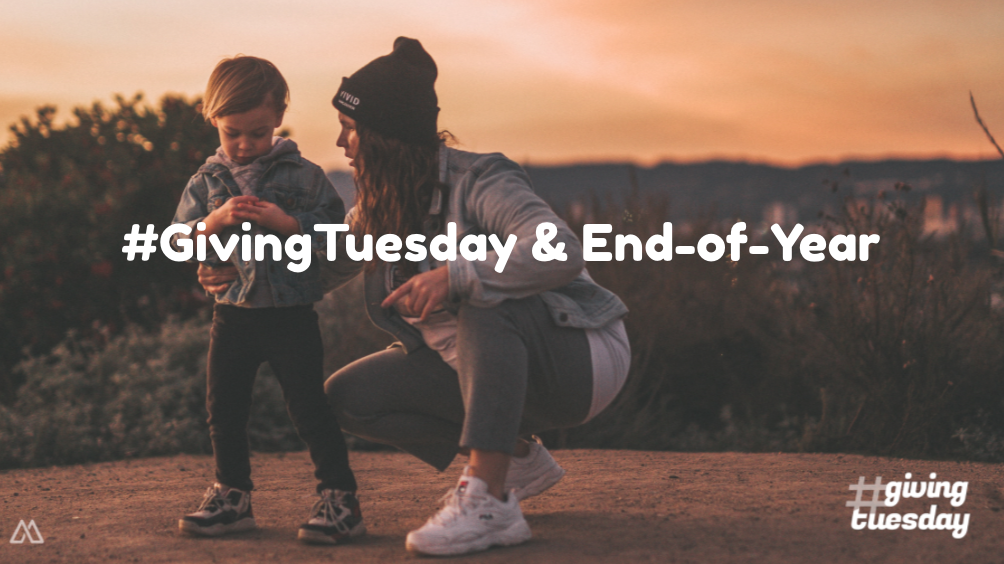 How #GivingTuesday & Year-End Fundraising Work Together

Since #GivingTuesday gained prominence in 2012, a common concern among nonprofits was whether #GivingTuesday simply moved up year-end gifts. So, instead of making a gift on December 31st, are your donors giving on #GivingTuesday?

Our pals at GivingTuesday.org have been doggedly tracking giving trends through the Giving Tuesday Data Commons, and has made their work available to everyone for free at the Giving Lab, as well as pulling together research from other sources. The answer to this question has a simple answer: No, #GivingTuesday doesn’t cannibalize year-end giving! During the last five days of the year, donation volume is still huge and average gift sizes are larger. And, for many donors, #GivingTuesday means giving an additional gift instead of just making their annual gift at a different time.

So, these two fundraising periods actually work together to increase giving to charitable causes overall. And it’s common for nonprofits to coordinate their #GivingTuesday and year-end campaigns to maximize impact and create a cohesive experience for their donors.

The Myth of Donor Fatigue

Another common concern about #GivingTuesday is about donor fatigue. If my nonprofit did a #GivingTuesday campaign, and also does a year-end campaign, won’t my donors get tired of us asking for money?!

Sometimes, this apprehension can make some nonprofits feel like they have to choose one or the other: #GivingTuesday or year-end.

But donor fatigue generally isn’t what many nonprofits think it is. It’s true that people get inundated with fundraising appeals starting in December (and sometimes earlier), but donor fatigue is easily preventable with strong donor management and communications practices. Engaged donors will not abandon your nonprofit because they’ve gotten one too many emails!

We’ve got two options for running both a #GivingTuesday and year-end campaign that can help you provide an engaging, cohesive experience for your donors (that don’t feel burdensome or exhausting.)

Option #1: Using your #GivingTuesday campaign to Launch Your Year-End Campaign 🚀 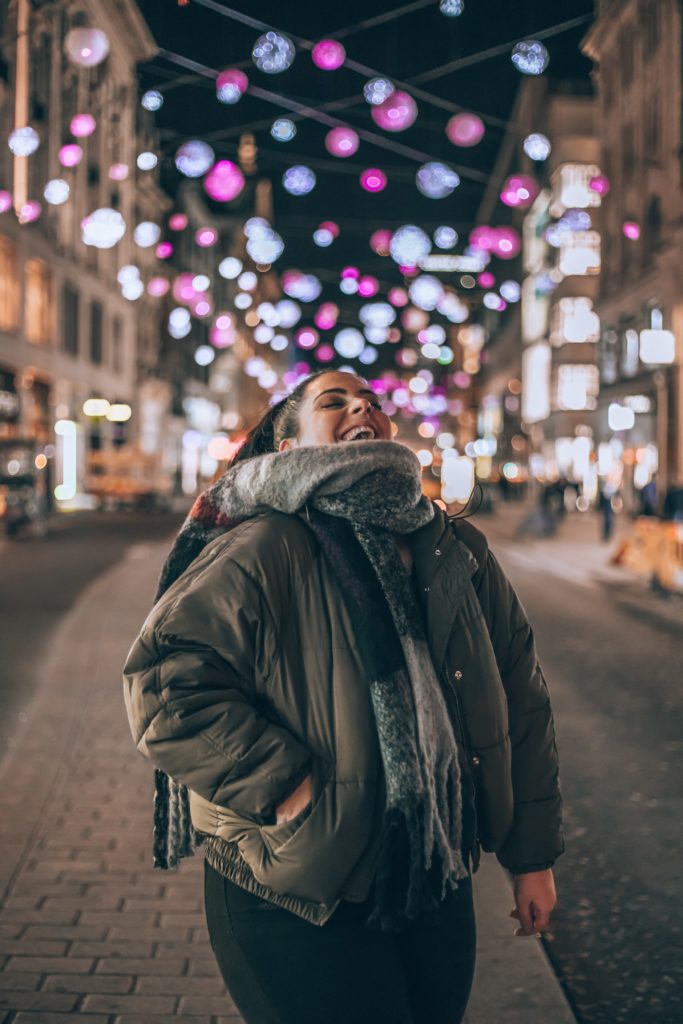 The benefits here are fairly obvious! You’ll have one consistent message, and have to plan one campaign instead of two. And that eliminates the need for a “transition” at all. That’s all without even discussing the lighter workload.

But there are still some intricacies to pulling this off well, which we’ll detail below.

Plan Your Campaign in Phases

So, the big challenge in planning one campaign to span November 30th through December 31st is momentum. You’ll have to build it and keep it going for a full month. Beyond picking a campaign theme or message that has enough mileage to last the whole month, running your campaign in stages can keep the giving going until New Years.

Post Launch after #GivingTuesday! During the first phase of your campaign transition, focus on reintroducing your campaign to donors and getting your supporters engaged. This could mean adjusting some of the language on the page and your marketing materials as you transition away from the #Giving Tuesday Event.

You may want to set a new goal for your campaign following #GivingTuesday. This will set you up for later fundraising success, as inching toward your overall year-end goal will allow the goal gradient effect to kick in. (In simpler terms, the closer you get to your goal, the more likely it is that people will join in as you get closer to achieving it to help push you over the finish line.)

This phase should be focused on donor engagement. That means: following up with and thanking your #GivingTuesday donors, doing personal outreach to key groups of donors, and setting the stage for a successful close to the month.

There may be a bit of a slump in giving during this phase, and that’s okay! The month of December is going to have a big spike during the final three days of the year. So, spend the time in-between focusing on outreach efforts, segmented emails, and providing a positive experience for donors. (And buttering them up for Phase Three…)

This is going to be the final week of the year, otherwise known as Go Time. It’s time to pull out all the stops by executing a robust email marketing plan, making calls or sending personal emails to those big year-end donors, and really leaning into “Because of You” messaging.

The final week of the year is a great time to pull out your heaviest-hitting storytelling. And it’s also a fantastic time to focus on your nonprofit’s impact in 2021! Generally speaking, statistics are not a huge draw for donors… except at year-end. That’s when people want to hear about all your good work, all the people you’ve helped, and know that they help make it all possible with their donations. If you release an annual report, this phase is a great time to do it! And infographics, statistics, and stories that demonstrate the importance of your nonprofit’s work will all go far in Phase Three.

A month isn’t that long in fundraising time, but in the month of December, you’re going to need a lot of content to sustain you. That means stories, photos, videos, infographics, and more. And you’ll want all of your content to have a similar look, feel, and message. So, planning is key!

Make sure you’ve got image assets on deck for emails, your website, your Mightycause page, social media, and anywhere you usually market your fundraising efforts. Nonprofits can get a ton of mileage out of campaign videos, so be sure to coordinate that well in advance. (And, if possible, a different video for the final week of the year fundraising push.)

Option #2: Plan a Separate Campaign for end of year fundraising

The benefits of hosting separate campaigns for #GivingTuesday and year-end are basically the inverse the above. With two separate campaigns, you won’t have a momentum problem or mid-December slump to deal with. And you can tailor your end of year campaign and its messaging to maximize its impact.

Of course, it may be more work, because you’ll be planning two campaigns instead of one. And two campaigns in the space of a month could feel like a lot for donors. So, there is an art to pulling it off, but it can be done!

Repetition is key to making ideas “sticky” for donors. So, you will want to choose campaign themes and messages that are distinct, but reflective of a core message. That core message could be reinforcing your impact, or the importance of your nonprofit in your community. Whatever the core message is, creating campaigns that have a similar key message will help ensure that it sticks with your supporters.

Creating an Effective Communications Plan for Your Nonprofit Organization

Use Visual Cues to Differentiate Campaigns

Changing up your branding by using different logos, colors, taglines, etc. can help differentiate your campaigns, and make the shift feel more natural. For instance, changing out #Giving Tuesday marketing and logos to reflect your year-end campaign signals to your supporters that you’re shifting gears.

And you’ll want to make sure you fully transition your Mightycause profile between campaigns, too!

Focus on Impact for Year-End

So, as we mentioned, statistics are nice to have but don’t move donors as much as good nonprofit storytelling, most of the time. The one exception to this rule of thumb is year-end. That’s the time went donors want to hear about how many people you served and dive into data. Infographics and images sharing just how much you’ve achieved during the year, how many people you have helped in your community, and stories that illustrate your direct impact will really drive home that your work is worth supporting. And it works very well in the last week of the year.

Regardless of what you choose to do, it’s all about keeping donors engaged and excited about your message! 2021 has been an unprecedented year in so many ways, but donors are motivated to give, so smart planning will help ensure that you’re able to make sure the giving you see in the month of December is also unprecedented!

Looking for a more in-depth explanation of this transition? Register for our webinar on December 9th that covers the topic for our discussion of weaving #GivingTuesday and year-end fundraising together! Register Here.