#GivingTuesday is one of the most important fundraising days of the year around the world. It’s the only global day of giving. One of the biggest concerns nonprofits have around participating in such a global day is donor fatigue. Will donors want to support my cause after being inundated with thousands of Black Friday and Cyber Monday deals? In this article, we will help break down donor fatigue and how to help prevent it from happening to your #GivingTuesday campaign.

What is donor fatigue?

So, in order to understand what donor fatigue is, we need to break it down into what nonprofits often think it is and what the actual definition is. 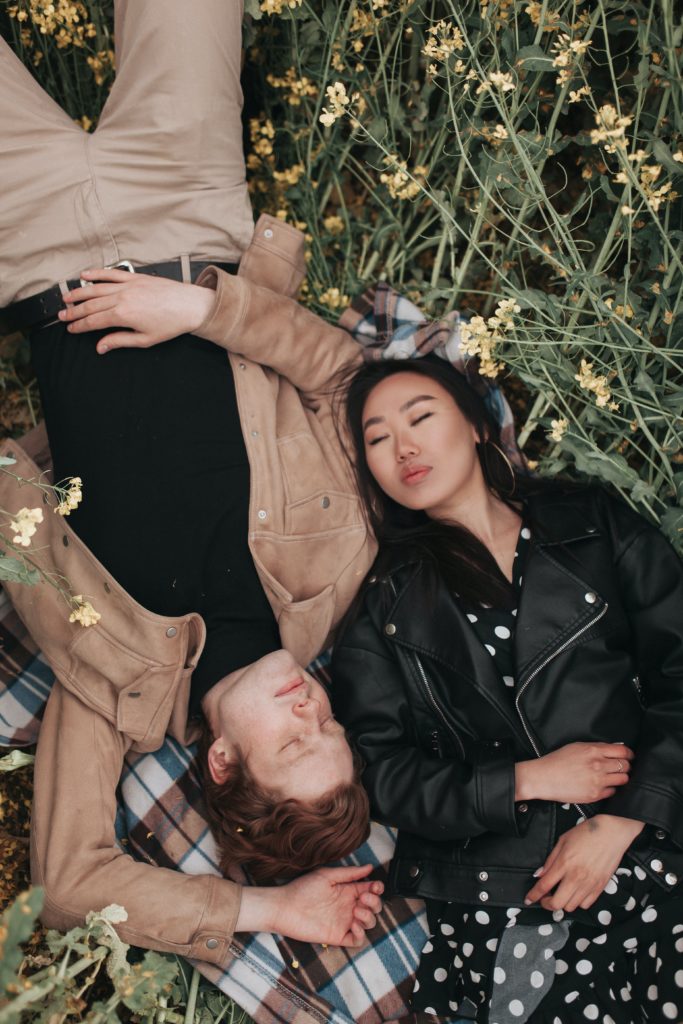 “Donor fatigue” is the nonprofit boogeyman. Many nonprofits speak of it with hushed fear, as if it’s a creeping terror that threatens to make their donors turn away from their cause for no reason and stop donating.

Donor fatigue – what is actually is

Donor fatigue is real but here’s the surprise twist: nonprofits themselves are the cause and they have the power to prevent it! The term “donor fatigue” is a little bit of a misnomer because while donors do end up pulling away from a nonprofit, it’s because the nonprofits failed to properly engage them. And the good news here is that by being aware of how you’re engaging donors and the experience you’re giving them, you can prevent donor fatigue… and even turn it around if you’ve noticed donors pulling away.

So, an ounce of prevention is worth a pound of cure, right? And in order prevent donor fatigue, we need to understand what causes it. These are common reasons nonprofits see the dreaded “donor fatigue.”

1. Sending too many “urgent” requests

Most of us have encountered someone in our professional lives who likes to send emails marked URGENT in all-caps, imploring you to read it now. And then you open the email and it’s… not urgent at all. Nonprofits can do this to their donors, sending one “urgent” request for funding after another.

And this is also something nonprofits can do collectively. Especially during high-stakes fundraising periods (like end-of-year fundraising and, yes, #GivingTuesday), donors can burn out from getting such a high volume of “urgent” requests, even if they’re coming from different nonprofits.

Be careful with those “urgent” requests! Only use them when they’re truly appropriate. You don’t want to be The Nonprofit That Cried Wolf. Like that coworker marking every email as “urgent,” the moment an email actually is urgent, people are unlikely to take notice if everything is usually urgent. And it’s important to be judicious with countdowns and “limited time” requests. Creating urgency when it’s not actually there can be stressful and annoying for donors.

2. Failing to Close the Loop

So, we can sometimes think of making a donation as a very simple process. You ask someone for a donation, and then they complete their donation. Done! Right? Well, not exactly.

For donors, making a donation doesn’t end after they completed their transaction. In most cases, they were driven to make their donation in response to an appeal. Maybe you were telling an affecting story, or fundraising for something specific, like fixing your roof. They’re investing in the appeal you sent. So, if a nonprofit uses a campaign to hook a donor, and the donor contributes, they want a resolution to the situation. They want to know what happened with the story you told! They want to make sure you were able to fix your roof. When nonprofits fail to close the loop with donors, and simply move onto the next ask, it can be jarring and frustrating for donors. And that’s when the dreaded “donor fatigue” begins to set in.

And in many cases, nonprofits just bypass doing a personalized thank-you email, phone call, or letter. That’s also frustrating for donors — they want to know that their donation was received, used, and appreciated.

When you fail to give donors a satisfying, fulfilling experience, they are less likely to come back and donate again.

Follow up! And this doesn’t mean just sending a thank you letter and calling it a day. What were you fundraising for? Did you hit your goal? Did you do the thing?! Is there an update to share on a story you told during a campaign? Tell your donors! They want to know, and need to know to mentally close the loop and feel satisfied with the donation they made.

And if thanking your donors personally and genuinely is not part of your plan already, make it a priority to put a solid plan in place for acknowledging and following up with donors. Use #GivingTuesday as an opportunity to tell a cohesive fundraising story, with a beginning, middle, and most importantly, an end… before you move on the end of year fundraising. 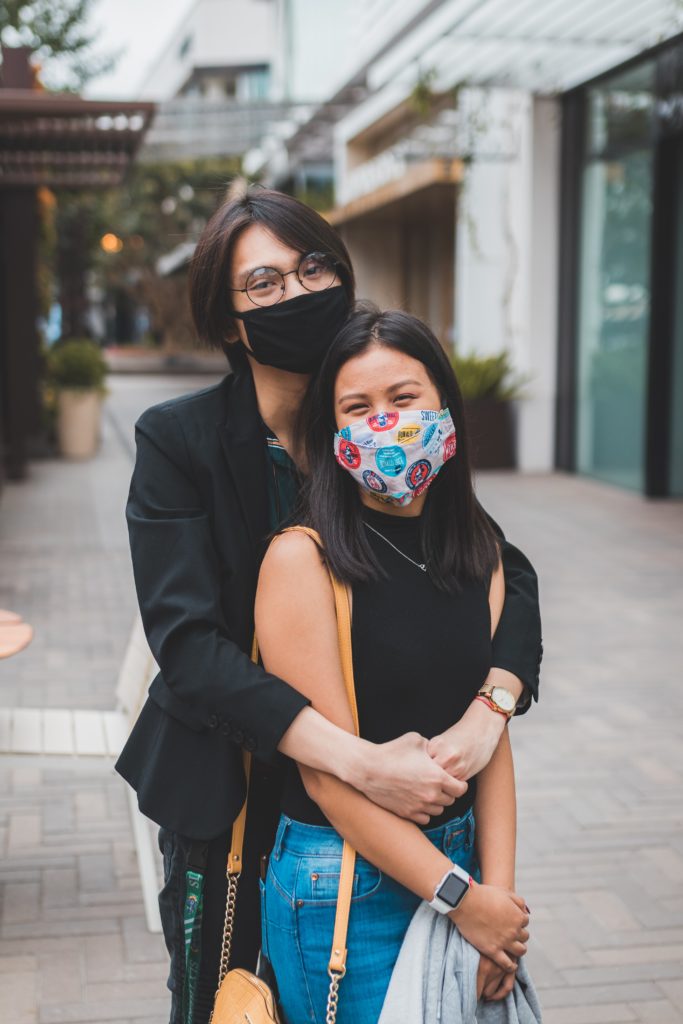 Donors, like most of us, like to be acknowledged as individuals. But sometimes nonprofits get into the habit of just blasting emails out to their donors with generic appeals that do not speak to who the donor is and what kind of relationship they have with the organization. Are they volunteers? Recurring donors? People who signed up for the email list but have never made a donation? Who knows? They all get the same email no matter what.

Donor engagement is all about building relationships with donors. So, sometimes what looks like “donor fatigue” is in fact just a failure to build a relationship with donor. If your nonprofit is sending out one email to all of your supporters, your supporters can start to feel like you’re not seeing them or their contributions. They can tire of being referred to as “Dear Friend” at the beginning of emails. And, in time, they will drift away from your organization.

So, to be clear, there is nothing wrong with blast emails! They are quick, easy, and get the word out to a lot of people with the least amount of fuss. But if you’re seeing donors pull away from your organization, consider segmentation.

Email segmentation is splitting your donors into groups that you want to talk to specific. So, for instance, the volunteers on your mailing list would be one segment. Recurring donors would be another. With those people, you’d want to make sure you acknowledge their vital contributions to your nonprofit. (And since you already know these are tried-and-true supporters, you can adapt your ask to assume they will respond to your appeal.) One-time donors or people on your mailing list who have never made a donation would be other segments, where you’d change up your approach with them to either get the second donation, or get their foot in the door by making their first.

By speaking more directly to who your donors are when you contact them, you not only get them interested in your appeal, you make them feel seen. That, in turn, makes them much more likely to stay invested in your organization.

And this is all made easier with good, efficient donor management. Using a CRM like Mightycause’s Supporters tool can help your nonprofit keep better track of your supporters, who they are, how they give, and the details of their interactions with your nonprofit.

Your supporters have more to give than their money! But when a nonprofit hits them with request after request for monetary donations, it can get monotonous and boring for them. And it can start to feel like a one-sided relationship, where you only contact them when you need something. When donors start feeling this way, they will be less responsive to your appeals and may stop giving altogether.

That’s why changing up your “ask” is so important.

There are a lot of ways people can show up to support your work. Donors can become volunteers, start peer-to-peer fundraisers, participate in events (virtually, for now), and even run for board positions. What is your nonprofit offering your donors, besides the opportunity to donate? Are you only contacting them when you need money, or are you trying to get them involved in your work in other ways?

Requests as simple as asking donors to share their feedback with your organization in a survey can go a long way toward making donors feel like their relationship with you is reciprocal. Some nonprofits might offer education, like webinars or informative blog posts, to offer donors additional ways to get involved while furthering their mission.

So, if you’re only reaching out to ask, it’s time to change things up. For #GivingTuesday, you could ask for peer-to-peer fundraisers, ask for volunteer help running your campaign,  invite supporters to join a Facebook Live stream to learn more about your work, or just ask for shares on social media.

A lot of nonprofits worry that just general fatigue might impact their ability to raise money on #GivingTuesday. And while that is certainly important to consider, the important thing to remember is that charitable giving is going strong. People are showing up to support the causes they care about. And with some careful planning, nonprofits can easily sidestep “donor fatigue.”

Get Started for #GivingTuesday

Sign up for #GivingTuesday on Mightycause to participate and take advantage of our free training, and Nonprofit Toolkit. Give your nonprofit plenty of time to start talking to donors about your #GivingTuesday campaign by signing up today!