#GivingTuesday is a day of global online giving that aims to lift up charitable organizations. It seems like a simple enough premise, but at Mightycause we hear a lot of #GivingTuesday misconceptions that lead to nonprofits not participating. And so, in this post, we’re going to tackle the four biggest myths about #GivingTuesday. 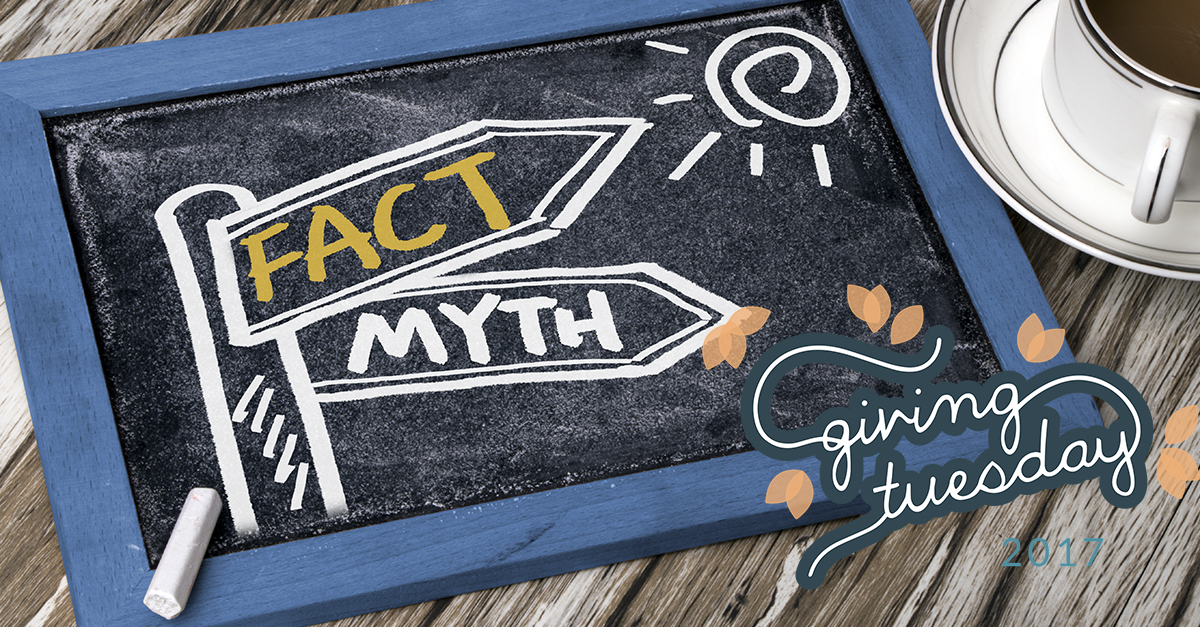 1. #GivingTuesday is just one day.

#GivingTuesday the event is more than just one day.

So, even though the event itself is just a day, #GivingTuesday is an opportunity for a full-fledged fundraising campaign. You’ll have a week to raise money, engage donors and collect donations, not just a day.

Some nonprofits start planning for #GivingTuesday as early as September, meaning that it’s the culmination of a months-long effort from their organization.

2. Participating in #GivingTuesday will distract from our big year-end fundraiser

What if we told you that many of the most successful #GivingTuesday campaigns actually are year-end fundraisers? Yep, that’s right: Instead of conducting a standalone event on #GivingTuesday, smart nonprofits use the day to start their year-end campaigns off with a bang.

Think about it: #GivingTuesday is a highly visible day, with millions of eager folks ready to support their favorite causes. It’s just a few days before December, so it’s timed perfectly as the beginning of a year-end campaign. And since it piggybacks off Black Friday and Cyber Monday, many people are already in an end-of-year, holiday state of mind. So, instead of thinking of #GivingTuesday as a single day and its own campaign, you can use it to kick off your year-end fundraiser. Ride the momentum from #GivingTuesday all the way to December 31st.

3. #GivingTuesday is “owned” by Mightycause (or another company).

Here’s the scoop on #GivingTuesday: It was started in 2012 by the Belfer Center for Innovation and Social Impact and the 92nd Street Y. #GivingTuesday was not created as a proprietary venture, but as a way to bring people and communities together by giving back. It’s grown bigger each and every year. It has transformed from a small event with big ideas to a global movement. And, in that sense, no one owns #GivingTuesday.

4. It’s not worth participating in #GivingTuesday.

This has got to be the biggest and most dangerous #GivingTuesday misconception of them all! We know that running a fundraising campaign is a big commitment. And we understand that your nonprofit may be small, low on human resources, and stretched thin. Registering takes time. Updating your Mightycause page takes time. Planning and executing a campaign takes time. And when you’re a small nonprofit, #GivingTuesday can seem like an intimidating commitment. But, really, it’s worth it. Trust us.

#GivingTuesday is a huge fundraising day. Aside from December 30th, it’s the biggest fundraising day of the year for nonprofits. People know about #GivingTuesday — each year, they’re ready for it, waiting to support their favorite causes. How many days like that are there each year? Days where philanthropists all over the world are just waiting to pull out their wallets and support charities? Not many! So, it makes good sense to seize the opportunity. There are so few “easy money” occasions in the nonprofit world; #GivingTuesday is one of them.

And if you’re small? No problem. Mightycause’s platform makes running your campaign easy as can be. You can manage nearly every aspect of your campaign from Mightycause. Our modern, attractive templates make it easy for your nonprofit to put together a professional, effective campaign. We also offer free trainings, email templates, planning guides and more that will help you fundraise effectively. And as a bonus, Mightycause handles customer support for your nonprofit and your donors.

Register now to take advantage of all the help Mightycause has to offer!