Year-end fundraising used to be all about events, direct mail and soliciting major donors. But year-end fundraising is moving into the digital age. And social media’s importance is growing every year. According to the 2019 M+R Benchmarks Study, Instagram saw a tremendous amount of growth this year, with nonprofits seeing a 34% increase in followers. And Twitter followers increased by 26%. At Mightycause, we often tell nonprofits to “meet people where they are.” And judging by these numbers, where your people are is Instagram, scrolling and liking and commenting. So, social media needs to be part of your year-end fundraising plan. Here’s how to make the most of your social media efforts in 2020.

In the first part of our year-end fundraising guide, we’ll discuss social media strategy and best practices that will ensure that will help you ensure your posts get seen by the right people. 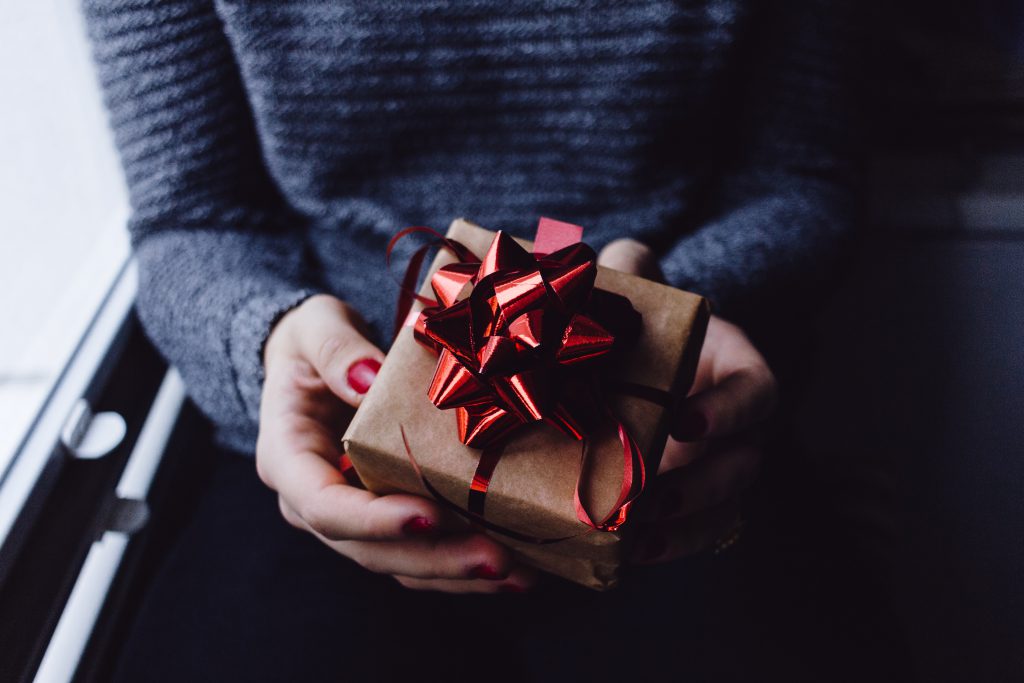 No, you’re not imagining it. Being seen on Facebook has gotten harder. It’s intentional. In June 2016, they started prioritizing friends and family in users’ newsfeeds. Which is great for the average user, but a huge bummer if you were counting on organic reach for your nonprofit’s page. And making it even harder is that Facebook is now competing in the online fundraising arena. As we’ve written about before, it can be confusing for nonprofits and followers alike. Only 4% of a nonprofit’s fans actually see a given post. And engagement is less than 1% per post.

But the news isn’t all bad! Facebook can still be used for nonprofit fundraising. And it can also be a powerful tool to reach new people. 29% of people who see a nonprofit’s post aren’t fans of their Page. So, the landscape is changing, but adapting is easier than you think!

We’re not going to mince words here. To be seen on Facebook, you’re going to need to pay. We miss the halcyon days of free advertising on Facebook, too. They were great! But they’re over.

The good news is that Facebook advertising is cheap. You can reach thousands more people with a post for just a $10 boost. You can place an ad through that reaches tens of thousands for just $100. And what’s really awesome is that Facebook’s targeting tools are extensive. Facebook knows pretty much everything about its users, and they let you use their data to target your ads. Want to place an ad that reaches male Democrats ages 25-35 in Sheboygan, Wisc., who are married with children, like “Star Wars” and have made donations in the past to political causes? You can do that. Easily. (Also if that is your audience, contact us, we’d love to know more about your fascinating nonprofit.)

So, no one really knows how Facebook’s famous and complex algorithm works. Well, outside of Facebook anyway. But social media managers have been posting and paying attention to the results. And while we don’t know the specifics, we do know that some kinds of content works better than others.

Careful with the donate button!

The Facebook Donate Button: What Your Nonprofit Needs to Know

If you place an ad, use the “Learn More” button. When you’re asking people to start fundraisers, make sure they know you want them to use Mightycause. Specify that you’d like to collect donations on Mightycause. Facebook is soliciting people who “like” your page, link to your Mightycause page and use Facebook to promote charitable endeavors. So, fend off confusion by being as clear as possible with your audience.

Twitter’s clout has grown a lot in recent years. It’s gone from being just another social media platform to being a source of headlines. No longer the domain of hip techies and teens, public officials and news outlets use Twitter to connect quickly with their audience about important events. You nonprofit can harness the power of Twitter to raise money and engage with supporters. Here’s how you can use it for year-end fundraising.

Awesome news: Twitter doubled their character limit. You can now tweet in 280 characters. Never again will you need to use an emoji instead of a word because it’s fewer characters. Or be forced to send out 3-part tweets to say what you want to say. 280 characters gives you a lot more space to make your appeal, talk about your year-end campaign and engage your supporters.

But the great thing about the character limit was that it forced your tweets to be focused and succinct. Don’t let those lessons fall by the wayside now that you’ve got twice the space to write. Stay focused, keep your messaging clear and remember that attention spans are short. (And don’t forget to include links to your Mightycause page!)

Twitter is all about communication. So if you want to be successful on Twitter, you need to talk to people rather than at them.

Be creative and personable

Content that performs well on Twitter is authentic, distinctive and human. No one wants to follow a bot who tweets things at them. So, make sure your tweets are real, have a distinct voice and stand out from the crowd. This #GivingTuesday tweet from Performing Animal Welfare Society is a great example of a creative campaign tweet:

#GivingTuesday2019
Six more hours to give.
$7,000+ in matching funds available.
Your donation helps feed and care for PAWS' eight elephants, including 52-year-old Gypsy who spent most of her life in the circus. She's lived at PAWS for 12 years.
Donate: https://t.co/pmZPRpr1CZ pic.twitter.com/6VG1uTapPB

They naturally worked in hashtags, tagged other accounts, included a direct call-to-action and shared a video. Now, we know not every nonprofit has content to share content featuring elephants, but you can use this as inspiration when you’re tweeting about your campaign. And please do tag us! We’re happy to offer a retweet of cool campaign-related tweets!

Instagram is growing in popularity each year. They have a billion daily active users. (Yes, that’s billion, with a “b.”) So, you definitely don’t want to ignore this mega-popular platform! Here’s how you can use Instagram to bolster your year-end campaign.

One of the biggest trends on Instagram in 2020 is that more and more users aren’t even looking at “grid posts.” They’re concentrating on Stories. And, as a bonus, when people watch and engage with your Stories, it helps your account’s overall engagement. That, in turn, helps your nonprofit be seen in more users’ feeds. (Like Facebook, Instagram uses an algorithm that looks at engagement to determine which posts to put in users’ feeds.) So, for nonprofits looking to make the most of their Instagram presence, it’s important to learn how to utilize the Stories feature. 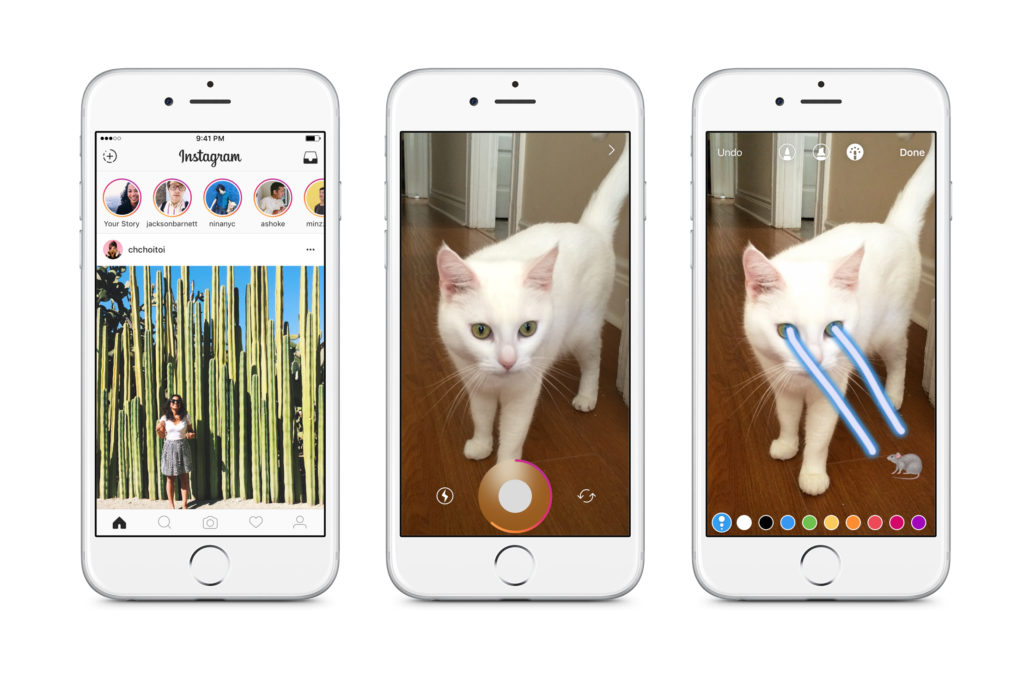 Instagram Stories work a lot like Snapchat: a Story is a little snippet that exists for 24 hours, and then disappears. You can film videos and take pictures with your choice of filters (or go #nofilter). Instagram Stories also has tools for you to create text-based content, add GIFs and stickers, tag other accounts, conduct polls, answer questions, and even share grid posts to your Stories. When you have 10,000 followers or more, you can put a link in your Instagram Stories, too. (Word of warning about the Donate button: it processes the donation through Facebook, not your donation processor of choice.)

People get super creative with Instagram. You can do a lot with Instagram Stories, so the sky is really the limit. We recommend you get into the app and start playing around! But here are a few ideas to get you started:

If you’d like to make sure an Instagram Story is saved, you can make it a Highlight. Story Highlights preserve certain Stories on your account. You can group certain types of Stories together, or even put together an FAQ for your organization that users can reference and watch as needed. Learn more about how to create Story Highlights.

Hashtags have traditionally been a big deal on Instagram. And while they can still be used to great effect in 2020, it’s no longer about cramming as many hashtags as you can into a post. That’s because, since Instagram was acquired by Facebook, its content surfacing technology (which is how Instagram finds and suggests content to users) has improved by leaps and bounds.

So, use hashtags still, but be judicious! Posting engaging content that gets users interacting with your content counts more than shoving all the hashtags into your post.

Okay, so you can’t put a link in a post on Instagram. But you can stick it in your bio! So make sure your edit your bio to include a link to your year-end fundraiser. Then just direct them to your bio to find the link when you post about your campaign.

You can also use Linktree to organize your links!

Connect your ‘Gram to your Mightycause page

You can add a feed of your Instagram to both your organization page and any fundraisers. It’s a great way to enhance your visual storytelling and make your Mightycause page pop.

As always, we recommend going where your people are. You don’t need to plug your campaign on every conceivable social media platform. Spending time updating Pinterest is not a great use of your time if you don’t see a lot of traction there. (You can certainly cultivate your audiences on new platforms in the coming year! But year-end is not the time to start this process.) But there are other platforms you can use to give your campaign a boost. Here’s how to think beyond the “big three” platforms to get some extra traffic to your page.

Most of us use LinkedIn most often when we’re looking to make a change in our careers. But with 500 million users, it’s a powerful platform to use year-round. LinkedIn exists for professional networking and has become a favorite place for nonprofit professionals to connect. So you may use it differently than you use, say, Facebook or Twitter, but you should definitely be using it!

Your nonprofit’s Facebook page and Twitter profile are probably up-to-date. But how about your company’s LinkedIn page? We’re guessing it’s a little out of date. So hop-to! Here’s the lowdown on company pages in LinkedIn.

Get help from your high-level staff & volunteers

Odds are, your executive director and board members are active on LinkedIn. Ask them to post about your year-end campaign to their network on LinkedIn!