Israel Lacrosse Association is a non-profit organization dedicated to relentlessly and strategically pursuing the goal of making lacrosse the national sport of Israel through exponential growth. Founded in 2011, this nonprofit has made its mission to bring the sport of the lacrosse to new heights. With a number of initiatives, like Sticks for Kids. Beyond these valuable programs, Israel Lacrosse aims to use the sport as a platform to bridge divided communities. So how do they fund this exciting and important work? One of the key pieces to their year-round fundraising strategy is #GivingTuesday. Read on to learn more about their successful #GivingTuesday campaign strategy. 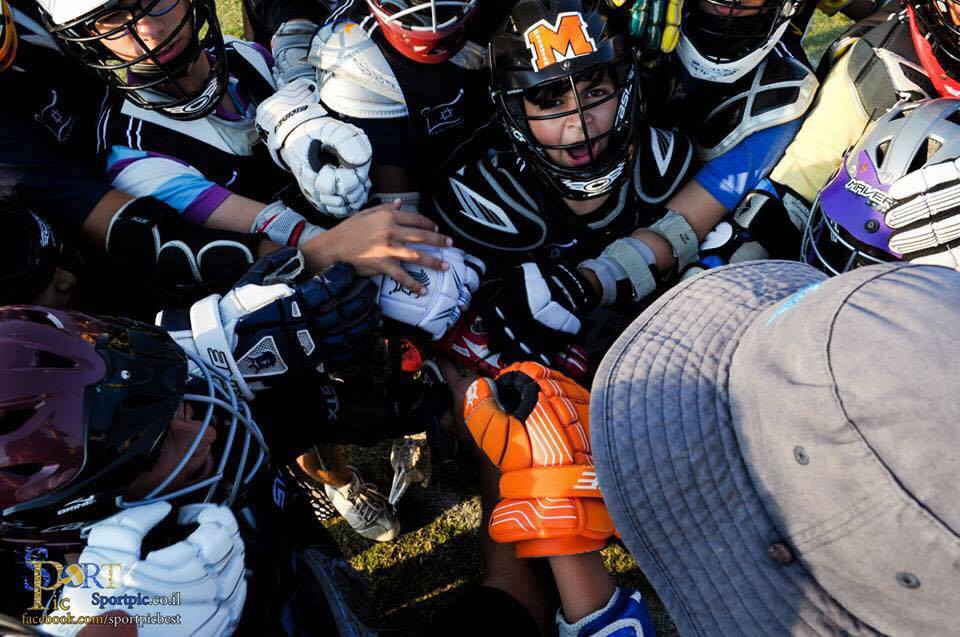 After 5 years of hosting a campaign for #GivingTuesday, it became a special day that everyone involved with Israel Lacrosse Association looks forward to. Over the years, they’ve built this fundraising campaign into a culture and tradition of excitement around #GivingTuesday. Each year, they’ve stepped up their efforts to continue raising more funds for their cause. In 2015, they raised over $42,000 from 294 unique donors. By 2016, they raised the bar even higher and brought in $67,000 for their cause, and engaged 475 unique donors. With all this great fundraising success, it’s no wonder they count #GivingTuesday as one of the most exciting days of the year. So, how have they grown their #GivingTuesday fundraiser into a success, and what can your nonprofit learn from their efforts?

To focus their #GivingTuesday efforts, Israel Lacrosse Association (ILA) chooses one initiative to promote for their fundraising campaign. They found that donors and supporters have an easier time connecting to their work if they have a tangible project they are supporting. Once they choose their campaign focus and build out their Mightycause fundraising page, they prep their full team of representatives and alumni to understand the talking points about the campaign. 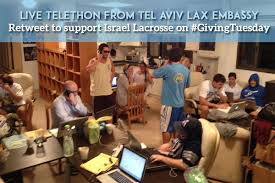 This lays the groundwork for a marathon day of giving and fundraising that becomes #GivingTuesday itself. ILA gathers a large group of alumni, staff and representatives to spend the full day focusing on outreach. Their primary focus is phone calls. They connect directly with their biggest supporters, making phone calls to donors about the #GivingTuesday effort and asking donors directly to give. Because they gather so many supporters together in one place to make phone calls, they create a fun and exciting environment to keep the callers in good spirits.

They supplement phone call outreach with more online strategies including social media and email marketing. On Facebook, they focus on creating a shareable graphic and getting their supporters involved to comment, like and share as much as possible. They also use Facebook to update their followers throughout the day on their progress toward their goals. With email, they create an enewsletter blast to go out the day before #GivingTuesday as a reminder, and a follow-up email with a call to donate on #GivingTuesday itself. 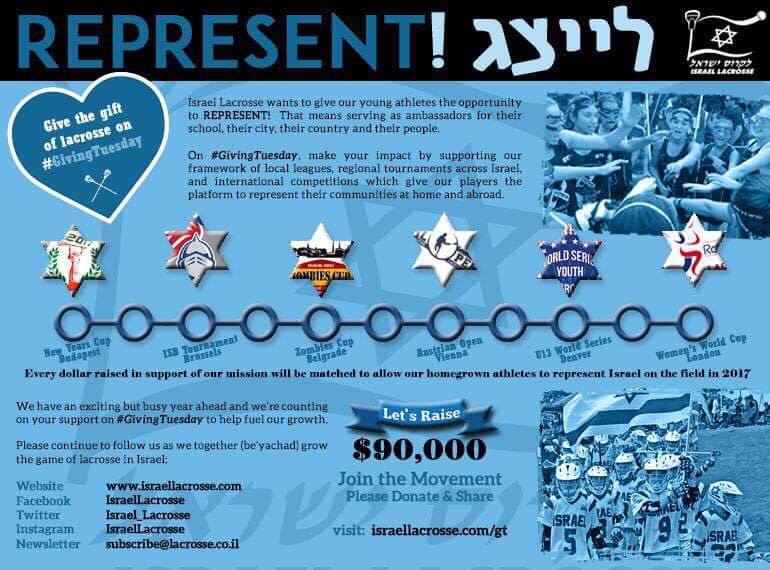 The messaging of the campaign encourages anyone who has been through the program to give a donation and reminds them that even the smallest donation makes a difference. This ensures buy-in from those who know ILA’s impact best, and helps to increase the number of individual donors they engage throughout the day. Even with a small gift, a donor represents an opportunity for stewardship and growth over time.

Once it’s all over, they don’t forget to keep up engagement with donors. They send a small gift to past supporters, and send thank you videos directly from the players themselves. They also post thank-you videos to social media as well, to ensure that all supporters, not just donors, are being stewarded with this important follow-up message.

Beyond Israel Lacrosse Association’s direct efforts, they ensure their success by engaging peer-to-peer fundraisers to help them reach new donors. In 2015, they experimented with this strategy and had 2 individuals with peer-to-peer fundraising campaigns. With limited effort, they saw potential and decided to increase their efforts on this front during their 2016 campaign. In 2016, they had 26 individuals with peer-to-peer fundraisers running for their successful #GivingTuesday campaign. Though it took a bit more effort to coordinate, it also led to new donors and more dollars raised for their campaign. 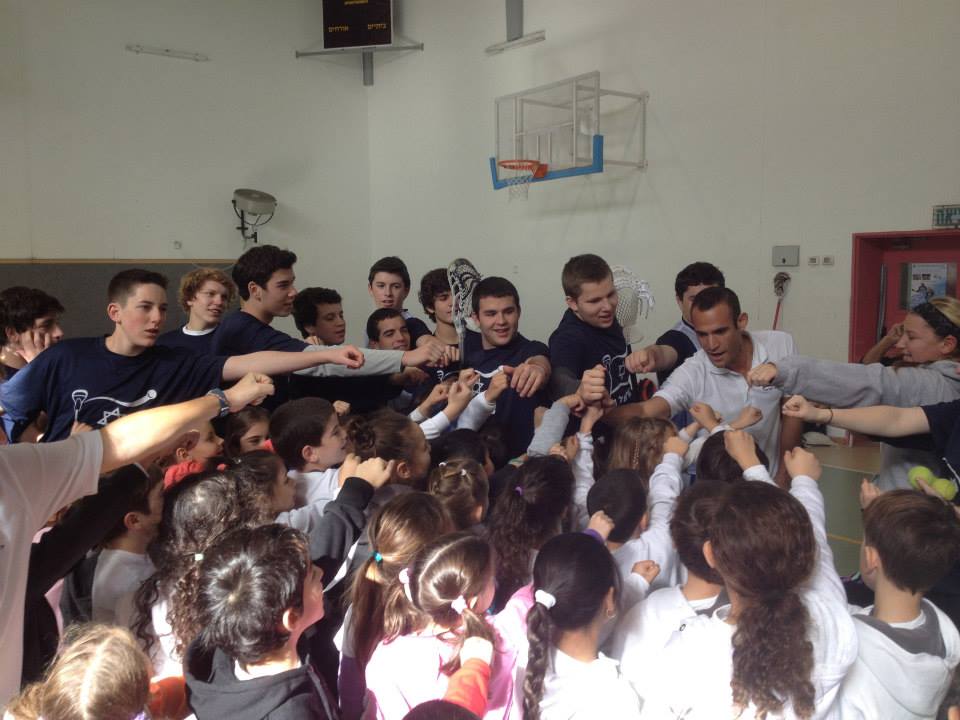 To activate peer-to-peer fundraisers, they first appointed someone on their staff to serve as the peer-to-peer coordinator for their campaign. This allowed the remainder of their staff to focus on their programs and their own hosted campaign, while ensuring the peer-to-peer fundraising strategy got the attention it deserved. From there, they choose the right individuals connected to their organization. These are often national level players that have some status, but also players that have a direct connection to the funding need. This need, whether funding to travel to an upcoming tournament, or a scholarship to participate in the programming, tends to create a stronger connection and commitment for the fundraiser. Once they identify the right individuals, ILA creates the fundraiser page for them to save time and ensure consistent language across all fundraising pages.

Feeling inspired to learn from Israel Lacrosse Association’s successful #GivingTuesday campaign? Learn more about how to build peer-to-peer fundraising into your #GivingTuesday strategy. Get started today!