For animal shelters and animal rescue groups, there’s no question about the importance of fundraising — it helps you save lives. And major fundraising days like #GivingTuesday are an important opportunity to fill your nonprofit’s coffers and help even more animals. A strong strategy is key to leveraging #GivingTuesday successfully, and we’ve put together our top five #GivingTuesday tips for animal nonprofits.

But first … why participate in #GivingTuesday?

#GivingTuesday kicks off year-end giving. And aside from the final day of the calendar year, it’s the biggest day for nonprofit fundraising all year long. People are ready, willing and eager to give on #GivingTuesday … so it’s a huge mistake to miss out on it! 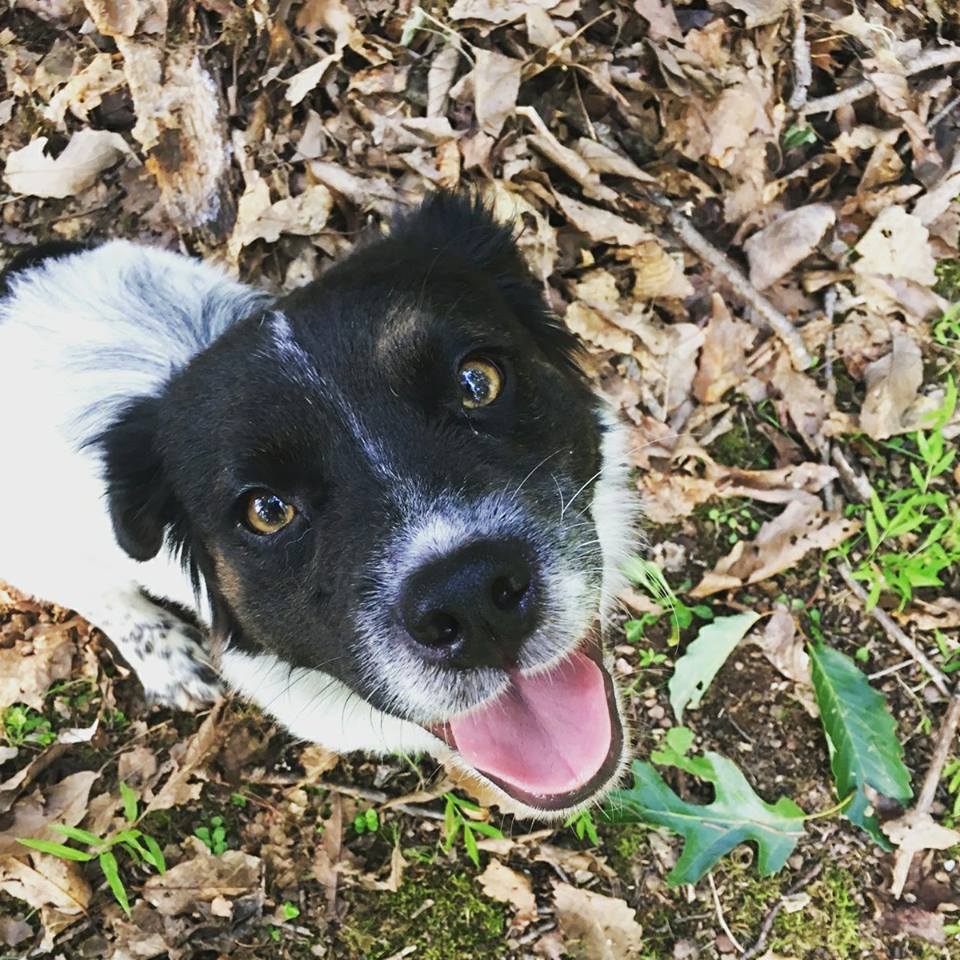 Animal nonprofits have a distinct advantage over so many other nonprofits: the amazing animals you help! With the exception of some cranky people out there, most people can agree that dogs and cats are awesome. That’s why you can’t spend more than a few minutes on social media without seeing a cat video or a dog meme. People love animals. 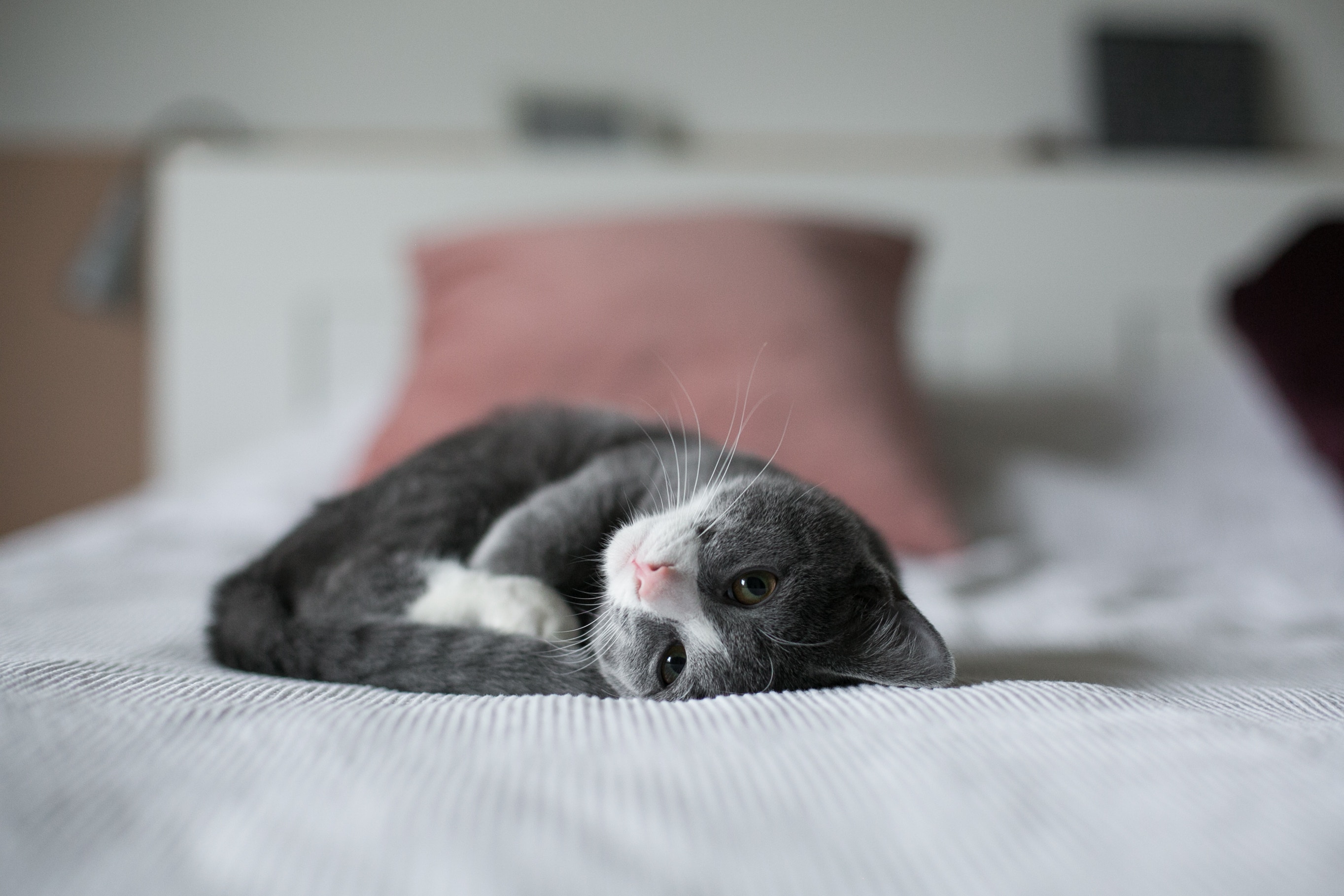 And you can use that to your advantage on #GivingTuesday.

That said, simply sharing cute animal pictures isn’t enough. You must wield the power of cute animals responsibly — and use them to tell a larger story about your nonprofit’s work.

Find stories that demonstrate the kind of work you do. For instance, a video featuring an orphaned kitten whose life was saved by your foster program will inspire people to donate to your foster program. Before-and-after photos of a dog who was in critical condition who was treated with the help of your shelter’s emergency fund can help you ensure that fund is full on #GivingTuesday. Odds are, your nonprofit has countless great stories waiting be told. It’s just a matter of finding the ones that match your campaign’s focus!

Animal rescues and animal shelters do a lot. Often, they do so much more than just finding homes for animals. Some operate spay/neuter centers, provide free or low-cost vaccines for pets in their community, run pet food banks, conduct community outreach, provide free pet care education … the list goes on and on! And that’s why, for a short campaign like #GivingTuesday, it’s important to be focused.

We recommend finding a particular program or aspect of your work to concentrate on. This will help keep your messaging clear and your storytelling sharp. And that, in turn, will help potential donors better understand what you do and inspire them to support you.

Tip #2: Use your suggested donation amounts!

One thing animal nonprofits see probably more frequently than other nonprofits is in-kind donations. People love donating things they can picture the animals at your shelter or rescue using. Many animal shelters have in-kind donation bins overflowing with donated food, toys, blankets and towels, old medication … and maybe even the odd used litter box. (Yes, this happens! We don’t know why either!)

It’s understandable why people love to give in-kind donations to animal nonprofits. It’s a meaningful experience for them, and the act of picking out a toy or food for animals at the shelter feels more personal than donating money. But the only problem is that animal nonprofits need money, too — perhaps more than they need old towels. Here’s how you can use the psychology behind the desire to make in-kind donations to inspire monetary contributions.

Your suggested donations are located in the Checkout section of your Mightycause dashboard.

To enable custom donation suggestions, make sure you click the box that says, “Use suggested donations.” You have four options. You can suggest an amount, then add an impact description. You’re limited to 60 characters to ensure that your donation suggestions look good on every device and screen size. 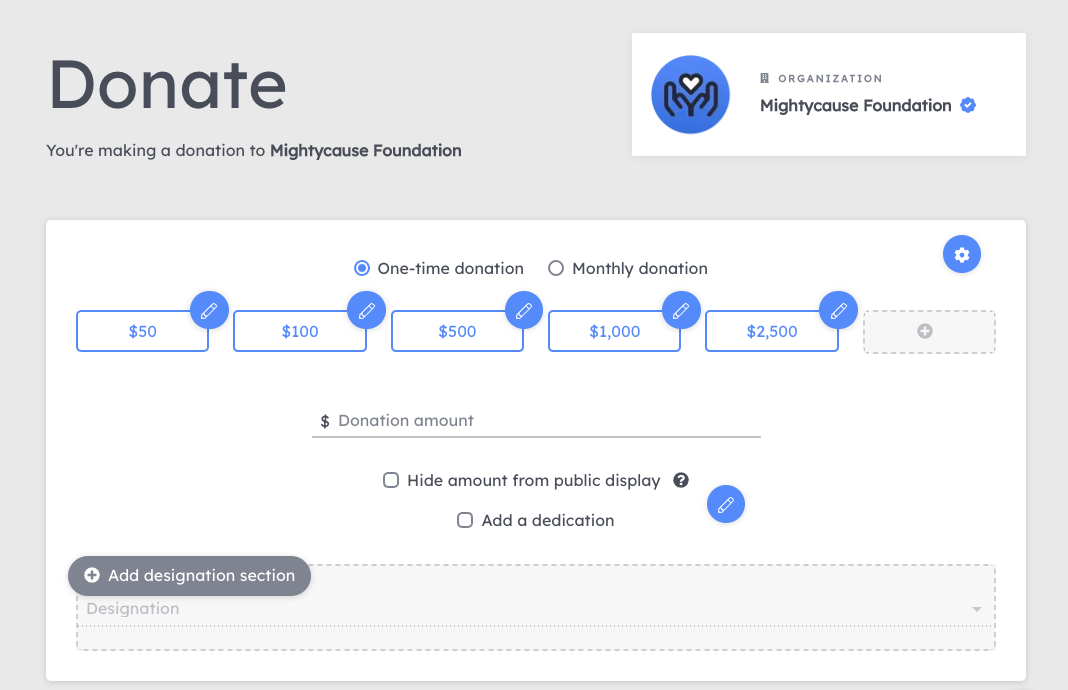 By default, these amounts are $25, $50, $75 and $100. You can change these amounts to reflect meaningful amounts for your nonprofit, and then use the description area to explain what that amount provides. For instance, if a rabies vaccine for one animal dog is $30, that would be a great suggested donation!

Tying your suggest donation amounts to real-world items helps tie monetary donations to your campaign’s focus and messaging. And, most importantly, it gives donors the satisfying experience of knowing that their donation will help you provide a particular item or service for the animals in your care.

Tip #3: Appeal to your supporters’ interests

So, segmenting your audience means dividing them up according to commonalities. One of the most common and powerful way to do that is with your email list. Instead of sending one blast of the same email out to your whole list, you’d split that list into several key groups (a “segment”) and send them emails tailored to them.

Why segment? Well, in a nutshell, people are much more likely to respond and take action on things that seem to be for them. So, small tweaks like acknowledging the recipient’s relationship with your nonprofit, or that they are a monthly donor, can have a huge impact in the response you get from your emails.

Some common ways to start segmenting are by targeting board members, volunteers, sponsors and major gift donors, one-time donors, recurring or monthly donors, lapsed donors, and so on. Now, not all emails need to be segmented — you can send announcements (like “#GivingTuesday is today!”) to your whole list, but we recommend planning for at least a few segmented communications.

On #GivingTuesday, there are a few segments you can count on to support you: your volunteers, your recurring donors, your board members. But don’t forget the people who’ve donated to past #GivingTuesday campaigns! They’re low-hanging fruit because they’ve already shown that they will support you on #GivingTuesday.

If your last #GivingTuesday campaign was hosted on Mightycause, you can find a list of last year’s donors in your Donation Report. You just need to filter the dates to pull a list of those who donated on #GivingTuesday last year.

One segment you’ll want to be sure to connect with about #GivingTuesday is adopters. They may not be on your donor list yet, but if they’ve adopted a pet from your organization, they have a daily reminder of the importance of your work in the form of the furry companion they have in their lives thanks to you!

Often, animal nonprofits keep their adoption records separate from their donor lists, but you’ll want to make the effort to pull a list of donors and plan some emails about #GivingTuesday to them.

You can also get even more targeted by segmenting your adopters into the kind of animal they adopted — and tailoring your emails to their interests. Dog adopters? Include a story about a dog your organization helped. Cat adopters? Draw them in with cat pics! Small animal adopters? Let them know you didn’t forget about the guinea pigs and hamsters of the world by including some photos and stories about your work to help small animals!

Okay, okay — we know we recommend this to every nonprofit. But there are a few reasons why peer-to-peer fundraising can be especially powerful for animal organizations.

Testimonials are a standby of nonprofit fundraising, and there’s a reason for it. All the metrics, infographics and discussion of your programmatic successes will not even approach the emotional resonance of a great story about a person or animal whose life was changed for the better through your work. Donating to charity is not a logical decision — it’s a decision most people base on emotions.

Peer-to-peer empowers the people whose lives were changed by your nonprofit (such as an adopter or volunteer) themselves. You hand them the mic so they can tell their own story, in their own words, with their own photos. 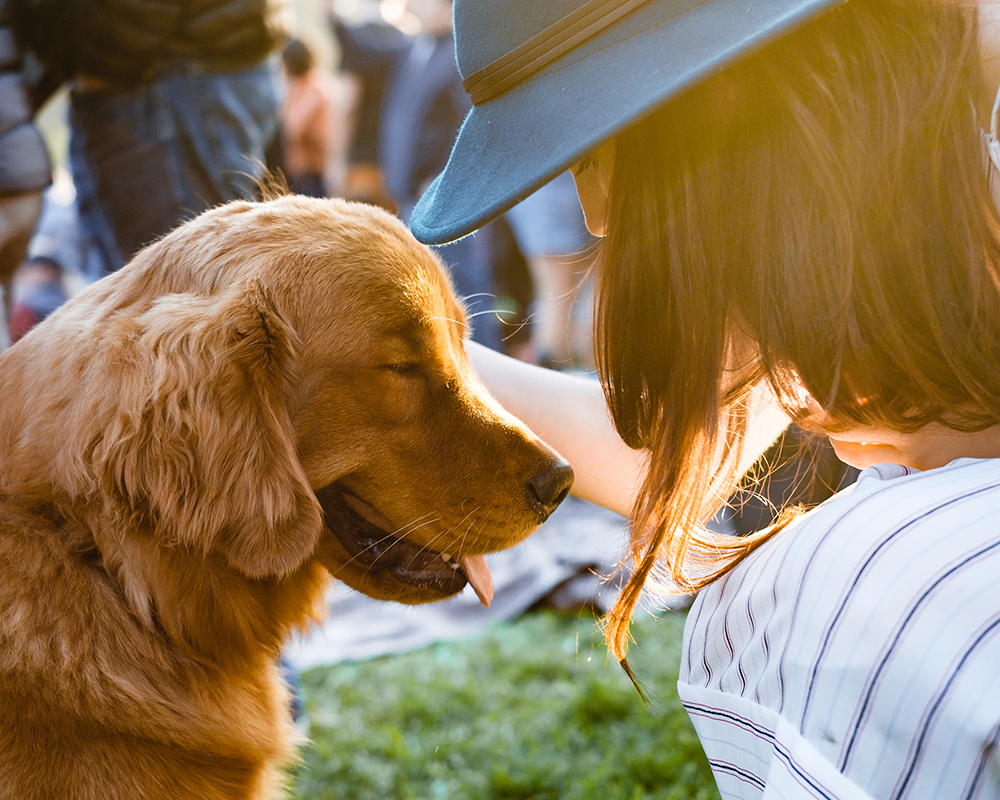 And what’s even better than supporters telling their own stories is who they’re telling it to: their own friends, family, and social network. The reason this is important is because, generally, people are more likely to trust and support people they know than organizations or corporations. Therefore, they are also more likely to donate when asked by someone they know.

This also helps word of your nonprofit’s good work and mission spread. Your nonprofit likely doesn’t have permission to solicit a volunteer’s best friend or an adopter’s cousin for donations — but they do. So, peer-to-peer fundraising helps your nonprofit build support in a way traditional methods cannot.

Animal nonprofits see more than their fair share of sad stories. People who work in animal sheltering and rescue often grapple with compassion fatigue due to the difficult nature of the work. And it can be hard to strike that balance of being honest with the public about the tough things you see and positioning your organization as a place of hope.

The trouble with too much sadness

One of the things sad stories are great at doing is inspiring people to donate. When a story tugs at the heart strings and stirs up emotions, donations pour in. That’s why you’ll see lots of TV ads from big nonprofits featuring animals with sad stories, set to sad music, around the end of the year. But these can be harmful to one of the central missions of animal rescuing and sheltering: adoption.

The “sad pound puppy” trope has been a hard one to move away from. The notion that animals at rescues and shelters are victims of abuse, with health and behavior issues, is a pervasive one that can prevent the public from seeking out a shelter or rescue when looking for a new pet.

There’s no scientific formula for striking the perfect balance between tugging at heart strings and portraying the animals at your organization as happy, normal, adoptable pets. But, as with most things, it just requires a little smart messaging!

Here are few things you can try: 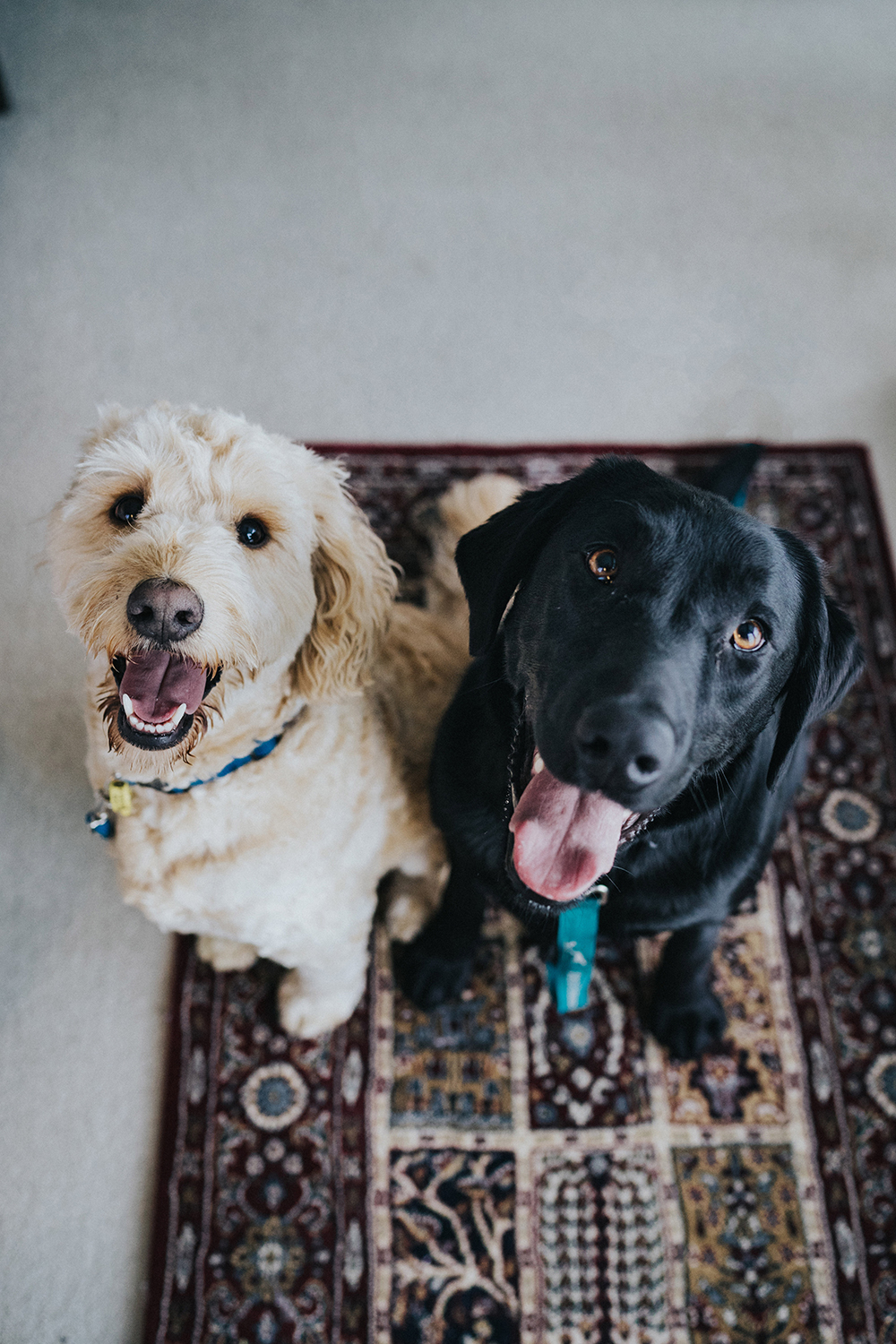