Spring fundraising season is here! And for many nonprofits, that means it’s time for competitive fundraising. Walk-a-thons, marathons, art-a-thons, write-a-thons … they’re all happening now. The ways you can achieve team fundraising success on Mightycause are as diverse as the causes on our platform. And we’re highlighting five of the best team fundraisers we’ve seen on Mightycause so far this spring.

We hope these successful team fundraisers will help inspire your own spring team fundraising campaign, or at least give you some new ideas you can use to push your existing team across the finish line!

Capital Area Food Bank is a Washington, D.C.-based nonprofit that addresses food insecurity in D.C. and surrounding areas in Maryland and Virginia. They’ve teamed up with the Office of the Attorney General, Young Lawyers Division of the Virginia Bar Association, and the Virginia Federation of Food Banks for the Legal Food Frenzy’s 12th year.

Mightycause’s team fundraising tool is very flexible. So flexible, in fact, that nonprofits can use it to run their own giving day!

Thrive By Five Giving Day was hosted by the Community Foundation of Bloomington and Monroe County, based in Indiana. Their Thrive By Five initiative supports the needs of young learners and helps advance early childhood education in their community.

They raised over $70,000 for early childhood education.

Art-a-Thon is a competitive fundraiser for ArtSeed, a San Francisco, Ca.-based nonprofit providing art education and training to underserved youth in the Bay Area. Their Art-a-Thon is in its 10th year.

Art-a-Thon is an in-person event during an Earth Day walk-a-thon. Artists test their endurance by creating art from 10 a.m. to 8 p.m. Leading up to the event, participating artists join the Art-a-Thon team, ask their social network to sponsor them, and raise money for ArtSeed’s art education programs.

Cycle Across Illinois is an annual event that benefits the Illinois chapter of Concerns of Police Survivors (C.O.P.S.), a nonprofit that provides aid and support to the families of fallen police officers.

This is always a successful event, and this year, they’re off to an amazing start! With four months to go, they have already raised more than $12,500 for their cause. They’re well on their way to their goal of $50,000!

This successful team is nearing its end, and is so close to its goal of $80,000! The team is running in a local 5k to benefit a nonprofit called Angiosarcoma Awareness. Angiosarcoma is a form of cancer that affects the inner lining of blood vessels. The group of runners chose this cause to support a member of the community who was diagnosed with this cancer; the individual’s wife is competing in the 5k.

The ways our team fundraising tools can be used to further a cause are endless! This is just a sampling of some great teams we’ve seen on Mightycause.

Want to learn more about achieving team fundraising success? Download the Mightycause Guide to Team Fundraising! This ebook dives deep into what makes a team successful, how to keep team members motivated, and real-world strategies you can use to turn your team into an unstoppable force for good. 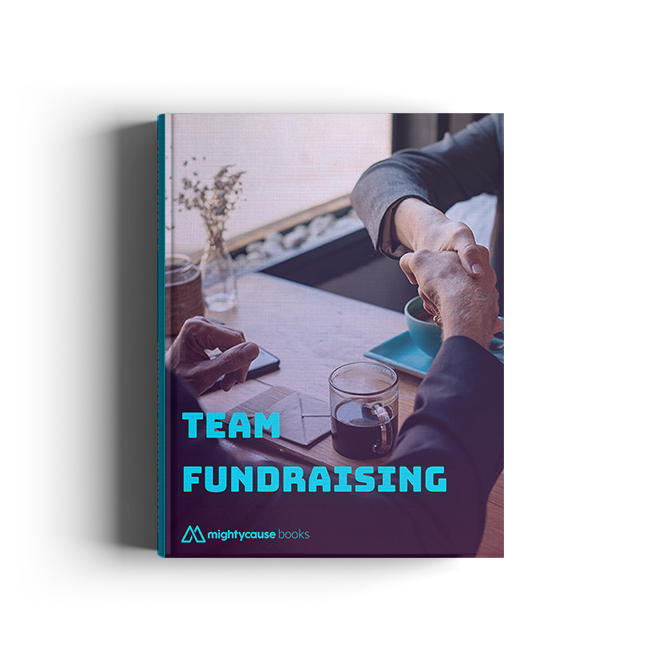 If you’re in need of more team fundraising ideas, be sure to check out our list of 20 awesome ideas for teams!